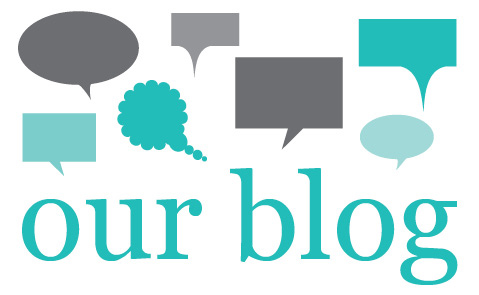 Our director, Sabine, was on BBC Radio West Midlands on Wednesday 18 April to talk about Andrew Lansley’s proposals to stop doctors who don’t speak good enough English from working in the NHS.

Here is a transcript of the interview as broadcast. You can listen to it yourself on the BBC iPlayer until next Wednesday. The interview starts about 12 minutes into the programme: http://www.bbc.co.uk/iplayer/console/p00qr85r

Danny Kelly (show host): The Health Secretary, Andrew Lansley, announced plans today to stop foreign doctors who can’t speak enough English working here. He’s also ordering health bosses to ensure that all NHS staff, including nurses in their organisations, have adequate language skills. Sabine Torgler, who is a registered nurse from Germany working over here, and a group of other foreign nurses, got together to form English For Nurses, which offers language training. She’s on the line. Sabine, good afternoon.

DK: Great to speak to you, Sabine. What do you think about Andrew Lansley saying he’s going to sack nurses who can’t speak English?

ST: Well, we all know it’s a very hot topic about foreign healthcare professionals coming to the UK. We had our own experience at English For Nurses that we had to learn medical terminology before we came to the UK, and learnt more and more, but on the other hand you have to be able to speak good basic English when you come to the country. And we would support that decision (Andrew Lansley’s) because as I said, to be able to give very good care to your patients on the ward and be able to speak with your British colleagues on the ward, you have to have a good understanding and be able to speak good English.

DK: Sabine, I can imagine if you’re unwell and in a hospital bed, and you’re trying to communicate and express yourself, if the person at the end of your bed cannot understand you, I can imagine, taking into account how ill you are, that it must be just so incredibly frustrating.

ST: Yes, it is. I mean, as you said, from the patient’s point of view it puts them in a very anxious situation. You as a foreign nurse – it’s loads and loads of pressure on your shoulders, so you have the duty to look after your patients and also be able to work within your team, and if your communication skills are not up to scratch, it’s very very difficult to really be able to be a good member of the team, and that’s the reason why we set up this overseas network, English for Nurses. We all came across these huge problems at the beginning when we started our careers in the UK, and we want to help the new generation of overseas nurses to feel more comfortable – certainly more safe – on the wards, and we would welcome everybody who’s coming and working with us.

DK: Sabine, the irony here – and people may say it’s unfair – is just the fact that the NHS can’t get enough British nurses, so the NHS themselves recruit these nurses from overseas, and then sometime later they may indeed now start sacking them. So they recruit them, they interview them, and then they sack them! Now do you think that the NHS and the Government should have an obligation to teach English to these people?

ST: Well, they have an obligation because if you as an employer go out to recruit from abroad, you have to look after your workforce, the potential of your workforce. And the NHS at the moment actually don’t offer these kind of language courses specifically just for medical and nursing terminology. We did all our research – they offer certain language tests, but within this kind of group you are in a hospital setting, you are working in a hospital setting with porters, kitchen staff, administration staff… and these language tests which are currently offered by the NHS, they are not specific to nursing and medical terminology, and also certainly not preparing you in the way you should be prepared – ie. how to read a draft chart, how to read a handover sheet, what’s the difference between your home country’s nursing culture and the British culture… and I think it’s quite easy for the NHS to say we’re going to go abroad and recruit, but you have to look after your staff. There is a huge shortage of nurses coming up. The RCN just published a huge article in their bulletin that Britain is facing a huge shortage of nursing over the period of the next five years. I mean, it’s not looking good, but if…

DK: Sabine, four years ago… I mean, this really was illustrated four years ago when a German doctor gave a 70 year old man… do you remember this? He must have misread his medical chart, he gave him an overdose of painkiller on his first shift, and the patient died.

DK: They’re the dangers of not being able to read English properly.

ST: That is what I mean. How do I read a drug chart? Britain has different measurements compared to my home country, Germany, where also the doctor came from. You have to – we are in the health profession. We have to deal with very very ill patients, and the worst case scenario for us obviously is that you do a huge drug error like this doctor did and a patient dies… this is the worst case scenario for nurses, for doctors. And to avoid this, the NHS and the private health sector, they have to look after their overseas staff and they have to provide proper language courses.

DK: OK Sabine, thank you so much.