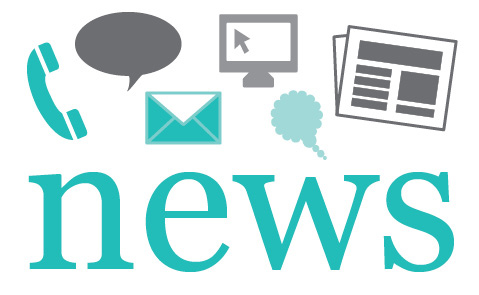 Dear colleagues, clients and friends,
please take a minute for us and read our news. Thank you very much!

The time flies by and again it’s time  for our newsletter. Our first newsletter of September 2012 was very well received. Of course, that makes us  very happy.

What has happened here in the last 3 months?

Slowly but surely, we started with the preparations for the Congress of Berlin in March 2013. We have been invited to appear as a guest speaker at the German Nurses’ Association’s congress (DBfK). Furthermore, on the evening of the Congress, we had planned  to organize a workshop with the theme ‚ ‘Living and working in the UK’.

Here in England, we were  contacted by a nursing home. We were asked if we could teach the Spanish colleagues with an intensive language and a culture course. That would mean these colleagues would be well prepared to be able to adapt to the British nursing system.  A large employer in the Devon area would consider co-operating with us, if we could help with these issues.

Additional considerations for our project, Alicante 2013 was also further discussed with lots of herbal teas and mars bars!

Besides all the work in England we also had various workshops in Germany. We had one at the  DIAKO in Bremen, where we taught English for Nurses and, at the Albertine Academy in Hamburg ‚ we successfully taught English for Hospital Administrators. The good evaluations speak for themselves.

While we were in Germany a meeting with the nursing school in Wilhelmshaven was organized. Meanwhile, the teaching hospital in Manchester was discussed – it is very interested in taking our students. A real highlight for us.

Our application for the ENDA-conference in Zurich in 2013 went out with our theme: ‘Shall I stay or shall I go ‘.

Our first independent hospital workshop in Frankfurt had taken place. It was a huge success! With the great support of the Red Cross Hospital in Frankfurt everything worked out very well. The second workshop for 2013 is already being planned.

For the first time we were booked by a German hospital for 2 full days in 2013. We will have the opportunity to teach about 30 people in English for Nurses.

The Austrian Health and Nursing Association (ÖGKV) had confirmed the date for December. We planned to teach there on 17.12.2012 for the first time in Vienna.This is the second nursing and midwifery association, which is  actively supporting us in our work.

A request reached us asking if we could teach the Polish and Russian nurses from Germany in English for Nurses  We then sat down and discussed this option. Our heads were smoking with thoughts about how we could start this project. The idea of the script was sent to the hospital in Germany.

Here in Bristol we have received assurances that our university hospital will support us. In particular, when international nurses will apply they will pass on our information.

A very eventful year is coming to an end. We have already planned the timetable of the first half of 2013. The best thing that happened this month is that the little Ronia Summer saw the light of the day. Our teacher Stefanie Otto became a mum! Welcome little girl!

The ÖGKV workshop in Vienna went really well and we were happy. There was much laughter, we discussed a lot – and each participant has assured us that they will spread our message, which is that  English for Nurses is professional, it is fun and it helps nurses to work professionally with international patients on the ward ‘. Further meetings are planned for 2013 in Vienna.

Last but not least, we at the EfN-family hope that you all had a Merry Christmas  and a good start to the new year!

What we have learned so far is that nurses are not tired. In recent months, we have met really great and enthusiastic people with lots of energy and joy. These nurses would like to continue their professional clinical development. Some have even gone so far as to drive up to 2 hours to attend our workshops. To know this makes our hearts beat even faster!

We look forward to the next few months, which will be very thrilling and exciting for us. 2013 is our second year …. and there will be many more!
It should be said: Thank you all! Without you we would not be where we are now!

Our special thanks to Ira Ehresmann (RKK Bremen/Germany): Without you, English for Nurses would not have been born!

Thank you all from Bristol,